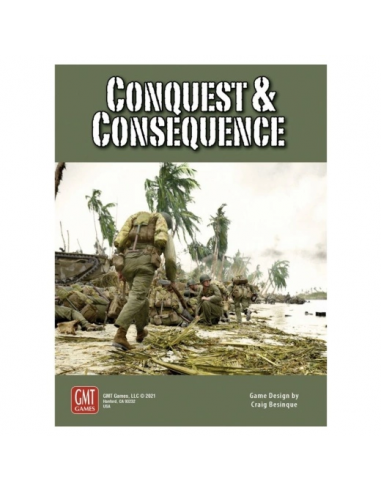 Conquest and Consequence brings the Triumph & Tragedy system to the Pacific/East Asia theater during the same 1936-1945 time period. Like T&T, it is designed for three players, maintaining the three-sided dynamic that adds so much variety and intrigue to the system. Those three sides are: