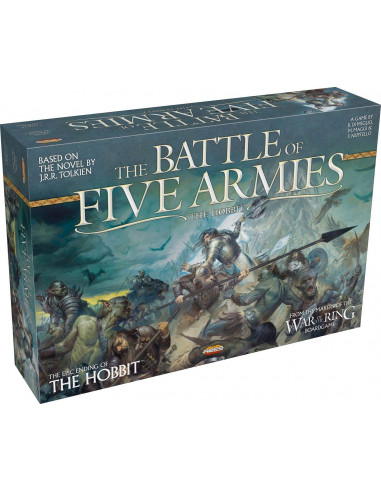 The Battle of Five Armies is a standalone game based on the rules for War of the Ring, which is from the same designers, but with the rules modified to function on a tactical level as they describe a smaller battle rather than the entire war. Ares Games plans to expand the Battles game system in the future, releasing expansions depicting other battles from the Third Age of Middle-earth narrated in The Lord of the Rings, such as the Siege of Gondor and the assault of Saruman against Rohan.

---Description from the publisher